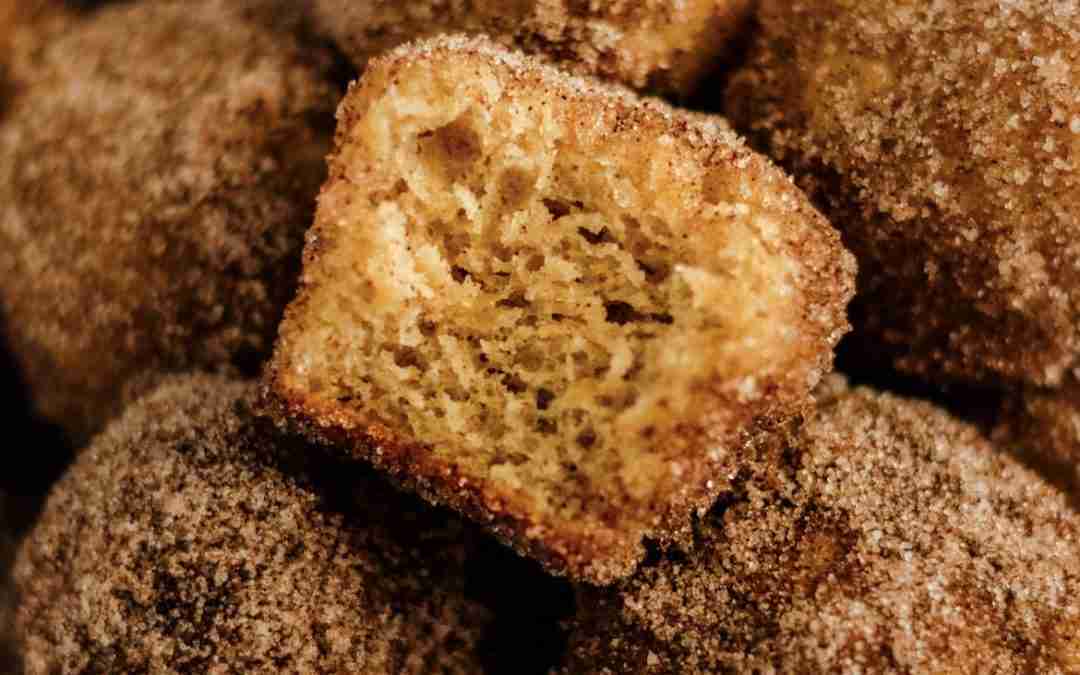 Every now and again you taste a treat that is so good and so beautiful that you have to take a step back and take a bite out of it and say, “Sh*t that’s good!“

This is one of those recipes!

How To Make The Perfect Donut Hole

The key to these donut holes is using a mini muffin tin and not scooping too much batter into the tin.

I recommend only adding 1 Tbsp of dough in each mini muffin tin portion. Otherwise, your donut holes will be less like donut holes and more like a large cinnamon sugar baseball…but a tasty one at that!

To make the perfect cinnamon sugar coating don’t skimp on the butter! Coating the melted butter in the baked donut holes is key to making the cinnamon sugar mixture stick.

I recommend adding about 1-2 Tbsp of cinnamon to the 3/4 cup of sugar in a small bowl. For more of a sugary-flavor and less of a cinnamon flavor I would recommend only adding 1 tbsp of cinnamon.

Fluffy and flavorful Gluten free cinnamon banana donut holes that are perfectly sweet! These can be made dairy free!

Looking for more Gluten Free breakfast recipes? Check out my other recipes below: